On April 12 and 14, the ROOT & SHOOT RCN held two, hour-long virtual conversations about equity in plant science. These sessions were open to the public.

A brief overview of the ROOT & SHOOT RCN was given, after which participants were able to self-select into breakout rooms based on thematic areas that were identified during registration for the event. After twenty minutes, participants reconvened in the main room, where volunteers from each room could report out on what was discussed and share the group’s key issues and recommendations.

The slides from the event can be found here.

Participants were able to select the following breakout rooms for smaller group discussion:

The notes from all of the breakout rooms can be found here.

Feedback: what we learned

Participant feedback on the session was generally positive. The number one concern was regarding the timing of the session; twenty minutes was not enough time to be in a breakout room. In some groups, a lot of time was devoted to introductions. Participants felt like they barely got a chance to scratch the surface. There was interest in participating in multiple breakout rooms/conversations; it would have been better to allow folks to give input in multiple areas.

The ROOT & SHOOT Steering Committee is analyzing the information presented by each breakout group and is identifying a process for creating working groups.

To indicate your interest in joining a working group and/or opt into our mailing list, please complete this form.

No comments to show.

R&S RCN Blog Post: Reflections on NDiSTEM By Imeña Valdes I was invited by Root & Shoot RCN to attend the National Diversity in STEM Conference (NDiSTEM) organized by the Society for Advancement of Chicanos/Hispanics Read more… 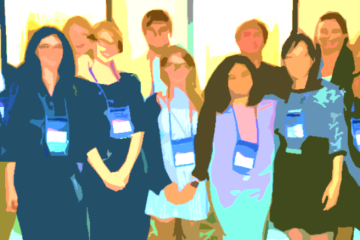 Plan ahead for 2023 plant conferences

The ROOT & SHOOT RCN has a limited number of travel awards to support attendance at conferences hosted by the RCN members. We will share more information about the RCN travel awards soon. In the Read more…

NDiSTEM is the National Diversity in STEM Conference, organized the SACNAS (Society for Advancement of Chicanos/Hispanics & Native Americans in Science). This year the conference was held from October 27 – 29, 2022 in San Read more…